Users of dangerous household fluids will be familiar not only with the raised dots of the Braille warnings on their containers but also of other embossings in a cruder, letter-like form. These are in Moon, an alternative code for blind people and those with impaired vision, which is apparently easier for older people with perhaps less-sensitive fingers to learn and read. Both pages of this year’s card were in Moon, derived from a card describing the code published by the Royal National Institute for the Blind. 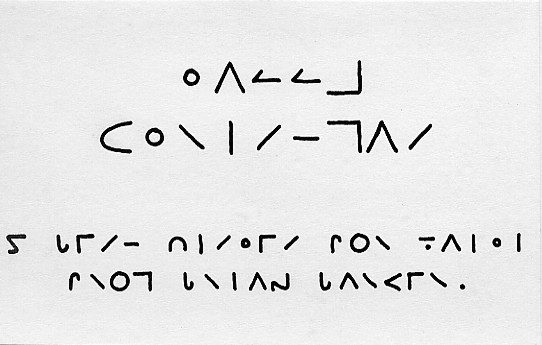 Happpy
Christmas
and best wishes for 1989
from Brian Barker.

The “and” here is a single Moon character and the figures “1989” are represented by the “number sign” followed by the letters “AIHI”. 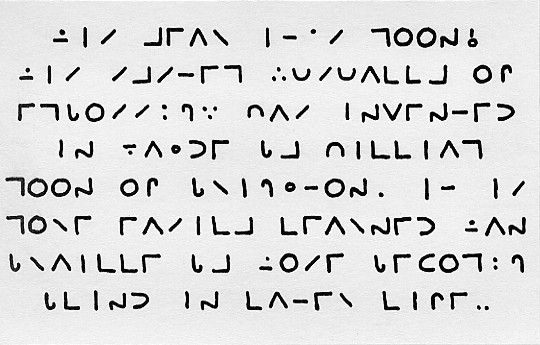 This year it’s Moon!
This system (usually of
embossing) was invented
in 1845 by William
Moon of Brighton. It is
more easily learned than
Braille by those becoming
blind in later life.

There are further economies here: “th” is represented by a single character, roughly a combination of those for “t” and “h”, and “ing” is two characters, a “contraction” character followed by “g”. I cannot now remember why there are not one but two final dots – perhaps to indicate the end of a paragraph or the entire message.