The message here was represented using naval signalling flags, strung vertically. I had had this idea up my sleeve for some years: indeed, I had attempted to produce a similar card earlier by photocopying the shapes in monochrome and colouring the flags in by hand with felt-tip pens. But I discovered that it took me about an hour to colour one copy. With the additional possibility that simple slips would mean I should have had to reject a number of part-completed cards, there was simply not time to create the number I needed to produce. So the idea had to wait until I could produce the colour printing under computer program control, as I did here.

Although these flags can be used to represent more complex ideas, each flag here represents a single letter, with the triangular flags, or pennants, representing digits. 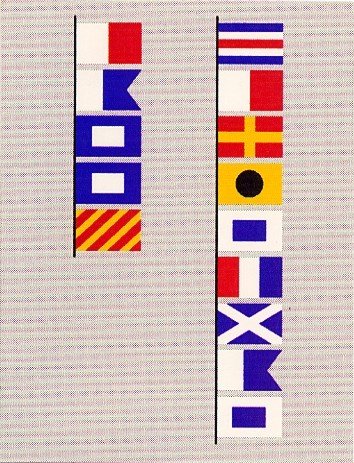 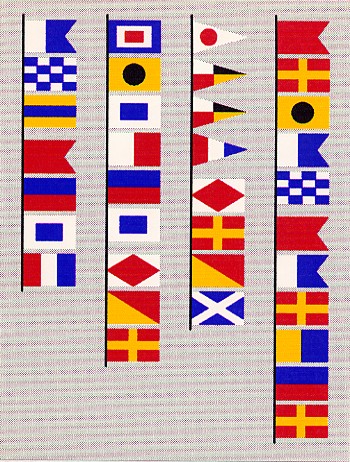