This year’s card relies on poems and poets to provide the code. Each entry is a line or two from a poem and represents its poet and thereby the initial letter of the poet’s surname. For example, “Rough winds do shake the darling buds of May / And Summer’s lease hath all too short a date” is from Sonnet XVIII by William Shakespeare and thus represents the letter S. The letters then make up the message.

I had to resort to some less well known poets to furnish all the letters, and even to re-use some where there were too few obvious candidates. 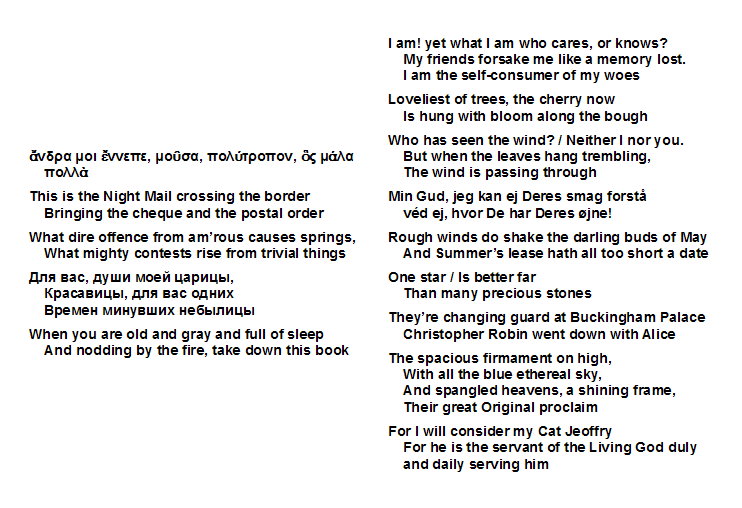 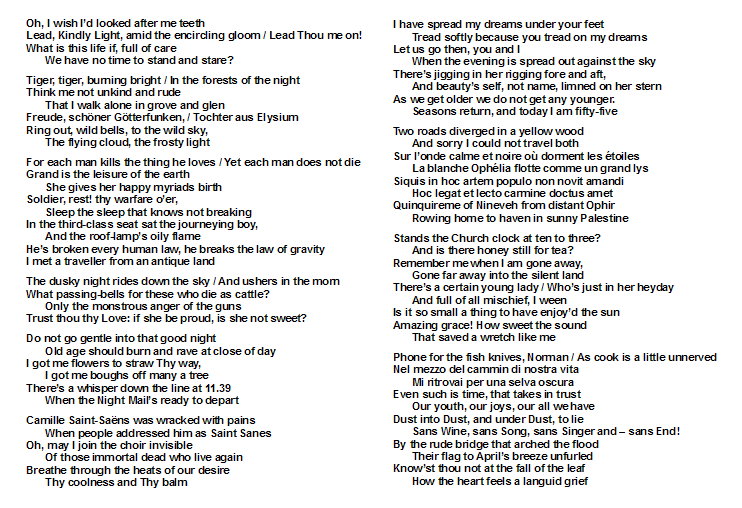 I chose some of the poets or poems for particular reasons: