There is some ambiguity over characters’ names, and I have used some licence: thus I have used the Duke/Earl of Somerset for S and Nick Bottom as N, even though he is usually known only as Bottom. I have also been pragmatic but inconsistent over spelling: some words have been modernised, but not others.

The message I needed omitted some letters of the alphabet, for example J – which meant I couldn’t include Juliet – and G – so I could include Rosencrantz but not his friend Guildenstern. 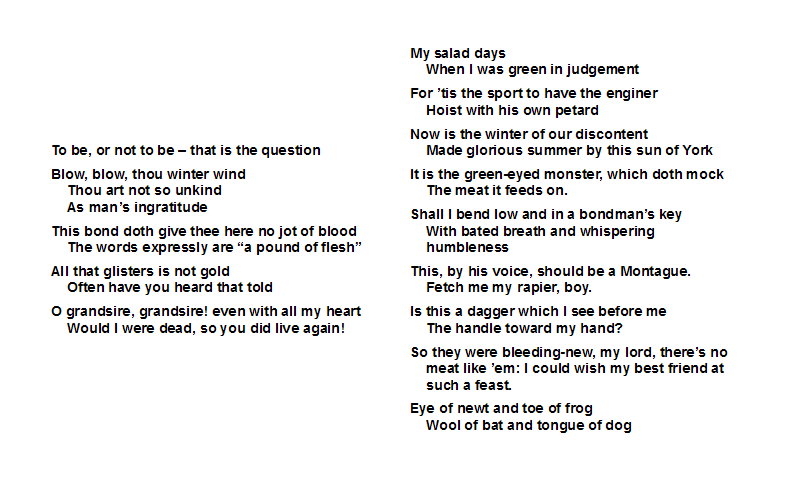 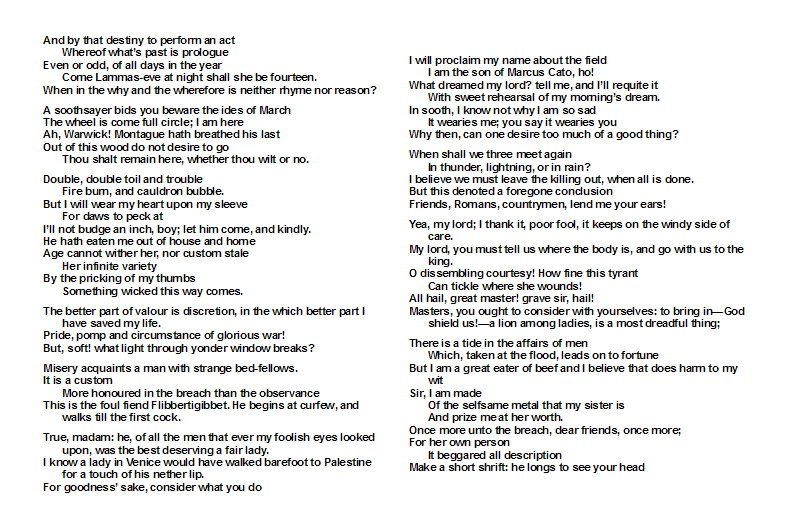