This card was based on the UK terrestrial television channels at the time. Each channel name represents its channel number and indirectly the letter occupying that position in the alphabet. So Yesterday, for example, is channel 19 and represents the letter “S”. Channel names and numbers are not fixed, and many changes have occurred since 2012, when this card was prepared. The correspondence at the time was: 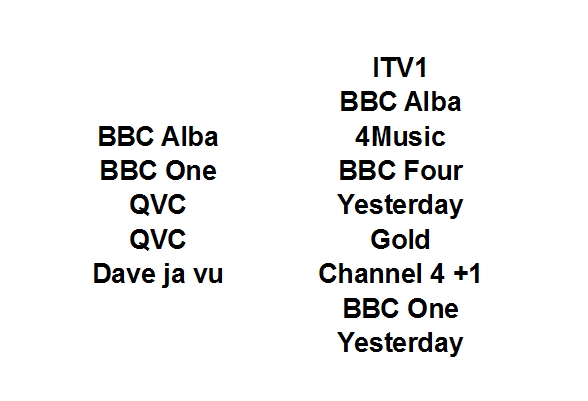 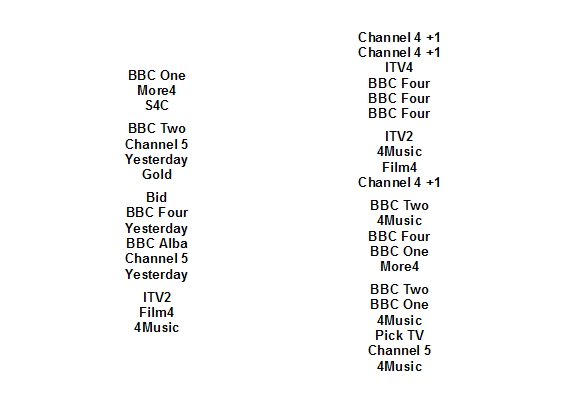 AND BEST WISHES FOR MMXIII FROM BRIAN BARKER

There was no convenient way to represent digits using this code, so once again I had to resort to roman numerals for the new year.