This year the code was based on historic battles. Each date represents a battle which took place or began on that date, and thus the initial letter of the battle’s name. The sequence of these letters spell out the message. 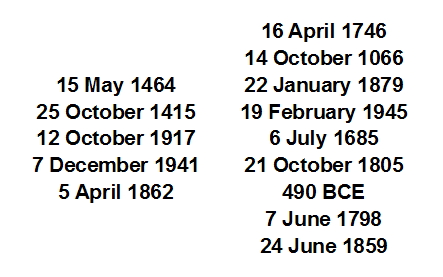 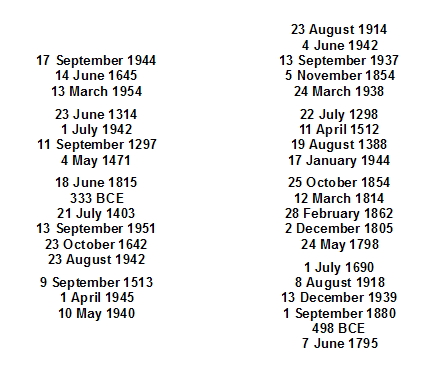 AND BEST WISHES FOR MMXIX FROM BRIAN BARKER

There is obviously some chance of ambiguity in this code, as some dates will not have a single, unique battle. Indeed, my original selection happened to include two battles which occurred on the same day - Rorke’s Drift and Isandlwana.

There was no obvious way to encode digits using this code, so I couldn’t encode the new year in arabic numbers and had to use roman numerals instead.