This year the code was based on the sequence of numbers ‒ a favourite of mine ‒ named after Leonardo of Pisa (c.1170 ‒ c.1250), usually referred to as Fibonacci, meaning “son of Bonacci”, who introduced the idea to Western European mathematics.

The Fibonacci sequence is defined by

‒ so each number in the sequence is the sum of its two predecessors.

Fibonacci numbers occur in interesting ways. They are related to the angular arrangement of leaves around a stem. They have applications in computing and economics. The ratio between consecutive numbers tends to the “golden ratio”, (1+√5)/2, as n increases; rectangles whose sides are in this ratio have been seen as aesthetically pleasing and have appeared in art and architecture.

So, for example, the first number on the card, 21, is F8 and represents the eighth letter of the alphabet, H.

Unfortunately, since F1 = F2 = 1, there is an ambiguity in that A and B are both represented by the number 1. But the meanings should be clear from context: I don’t imagine anyone will think the season is Christmbs or that I have changed my name to Arian Aarker. 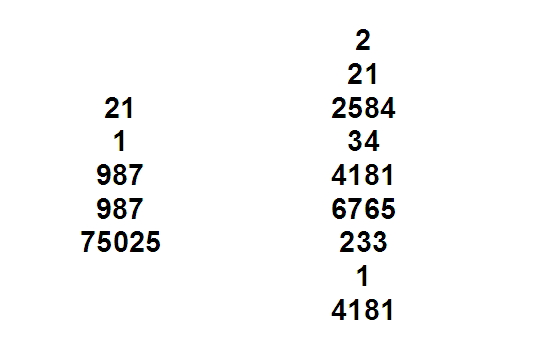 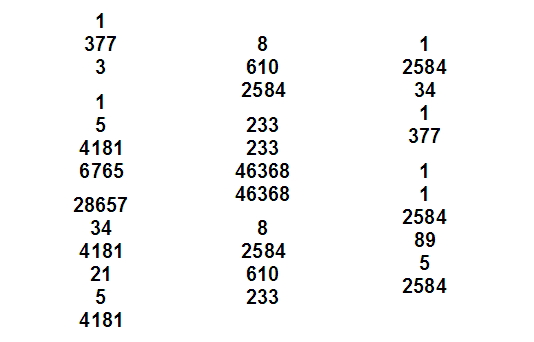 AND BEST WISHES FOR MMXX FROM BRIAN BARKER

There was no obvious way to encode digits using this code, so I couldn’t encode the new year in arabic numbers and had to use roman numerals instead.